Malaga, one of Europe´s top travel destinations in 2023

The Guardian (UK) and Vogue magazine have included Malaga in their “Where to go in 2023” lists of the best places to travel in Europe this year.

And it´s all thanks to the famous Spanish artist Pablo Picasso, who was born in Malaga in 1881 and died in Mougins, France on 08 April 1973. So this year marks the 50th anniversary of Picasso´s death and Spain, together with France (his adopted home), have put together an impressive year of 50 special exhibitions to celebrate his life.

In Spain, “Picasso Celebration: 1973-2023” features exhibitions in Madrid, Barcelona, Malaga, A Coruña and Bilbao, with many more in France´s key galleries (including the Musée Picasso and the Pompidou in Paris) as well as a range of cities worldwide from New York and Cincinatti, to Basel and Berlin. See the full calendar of exhibitions through 2023 and on into 2024 for Picasso Celebration: 1973-2023, in Spain and worldwide.

In Malaga, as the Guardian Travel writes, “The Picasso Museum Málaga – also celebrating its 20th anniversary – has Picasso: Matter and Body (8 Aug-10 Sept) and Echo of Picasso (2 Oct-24 March 2024), and the Picasso Birthplace Museum is showing The Ages of Pablo (21 Jun-1 Jan 2024). Fans can also visit the church where he was baptised, the site of his school and the Malagueta bullring, where he watched bullfights with his father.

But Málaga has more to offer art lovers than Picasso, though. Its 40 museums and galleries include the Pompidou Centre of Málaga, opened in 2015 in a striking cube by the waterfront; the Carmen Thyssen Museum of 19th-century Spanish painting; and the free Contemporary Art Centre of Málaga. The latter is in Soho, the city’s vibrant street-art district, which also has independent restaurants and shops, and a monthly makers’ market. 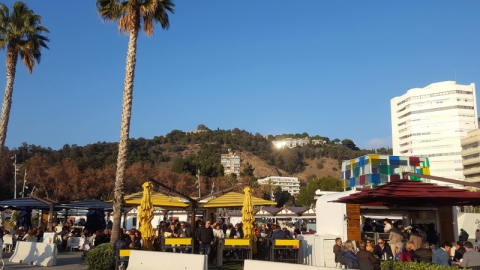 Art aside, the capital of the Costa del Sol has 16 beaches; historic sights such as the “one-armed” cathedral, Gibralfaro castle and the 11th-century Alcazaba; and local favourite espetos de sardinas (sardines on a skewer)”. Article by Rachel Dixon in Guardian Travel 14 January 2023.

Read more on the Arts scene in Malaga and some ideas for the best places to visit inland from Malaga.

So, for the perfect trip to Spain in 2023, combine Picasso in Malaga with a slice of rural Andalucia in the unspoilt Sierras Subbéticas at Casa Olea - for peaceful white villages, hiking or biking in the mountains and olive groves; plus day visits to other cultures highlights including Granada (for the Alhambra) and Cordoba (the Mezquita). 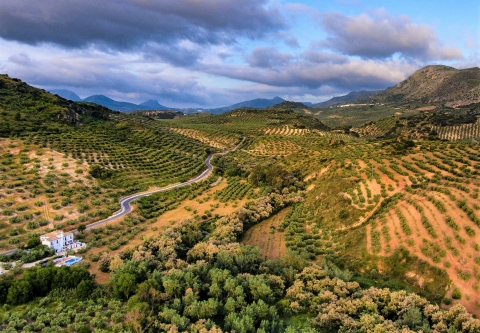 * Casa Olea is a 6-bed boutique B&B situated in the beautiful Sierras Subbéticas mountains close to the historic cliff-top town of Priego de Córdoba, just 90 minutes´drive inland from Malaga and ideally placed for day trips to Córdoba (Mezquita) and Granada (Alhambra); as well as hiking, biking, birdwatching and stargazing. Rated as one of the Top 25 Best B&Bs/Inns in Spain on Tripadvisor from 2010 to 2020. 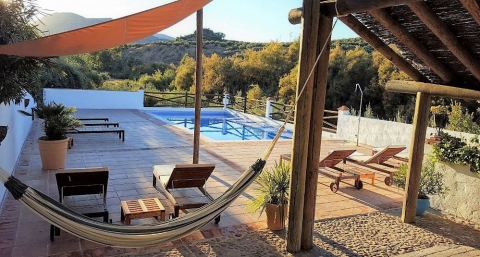 Photo: pool with a view at Casa Olea hotel near Priego de Cordoba.